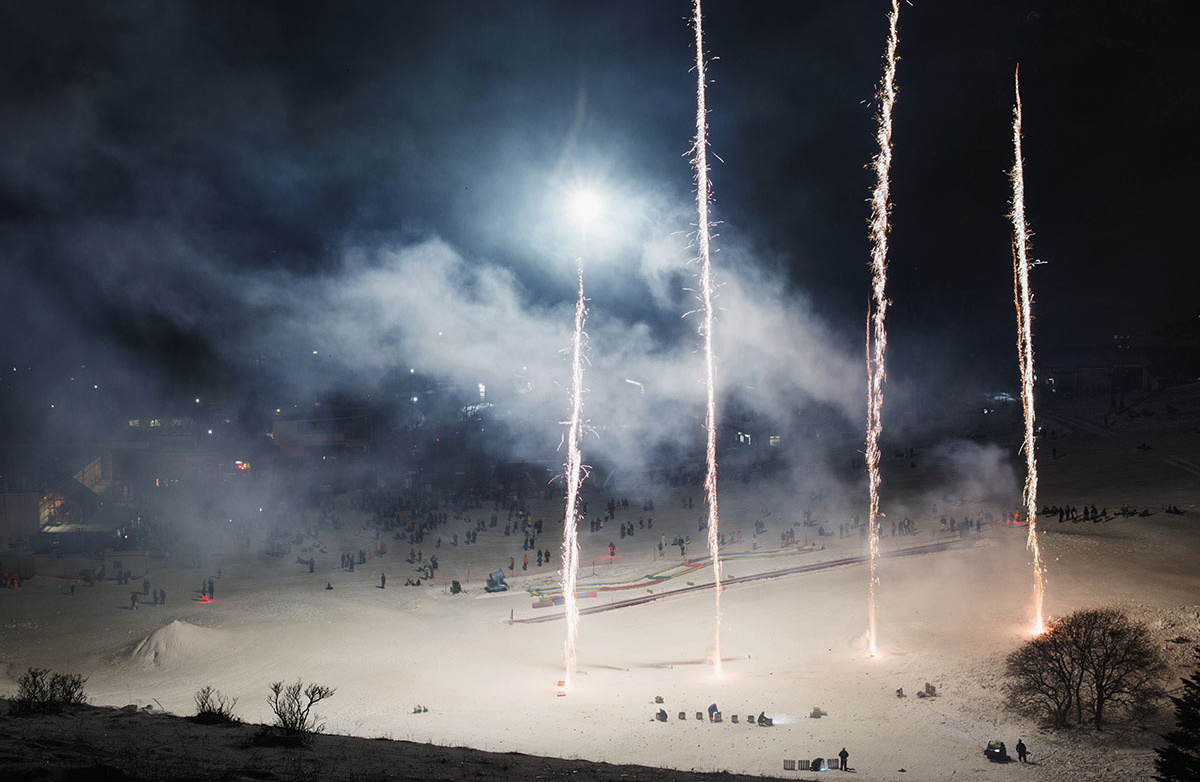 A deep fog usually envelops Mount Kirigamine (literally “Summit of Fog”). Once the mountain is covered by the fog, all boundaries disappear, and the fog seems to extend into infinity.

A while ago, the mountain was home to a ski resort, large enough to include two ski jumping platforms. The mountain was a candidate to play host to the Olympic Winter Games.
Further back in time, the entire mountain was once designated as hunting grounds. The Kamakura shogunate 800 years ago organized large hunting events in which the samurai competed with each other. Shinto rites held at temple ruins still remaining in the mountain pastures convey these ancient times to our present age.

Today, too, there are a number of building complexes on the mountain that have outlived their usefulness. These abandoned structures appear like fresh ruins that will tell future generations of our times.

“Trace” is a word used in mountaineering. It is used to denote alterations made by those who came before you. As climbers move through a mountain, they effect various changes. Paths change or disappear. They overlap each other like layers on a rock bed, their surface covered by the fog.

The fog lasts mere moments. It comes then disappears. It seems to swallow all and everything but soon vanishes into nothingness. It reminds me of our human existence. Ancient ruins and present buildings, too, are only transient presences on the mountain’s surface. Measured in the time scale of the mountain, humanity’s traces are but a momentary presence, just like fog.

Fog has no beginning, no end. I follow the path, looking for the traces it has left behind.